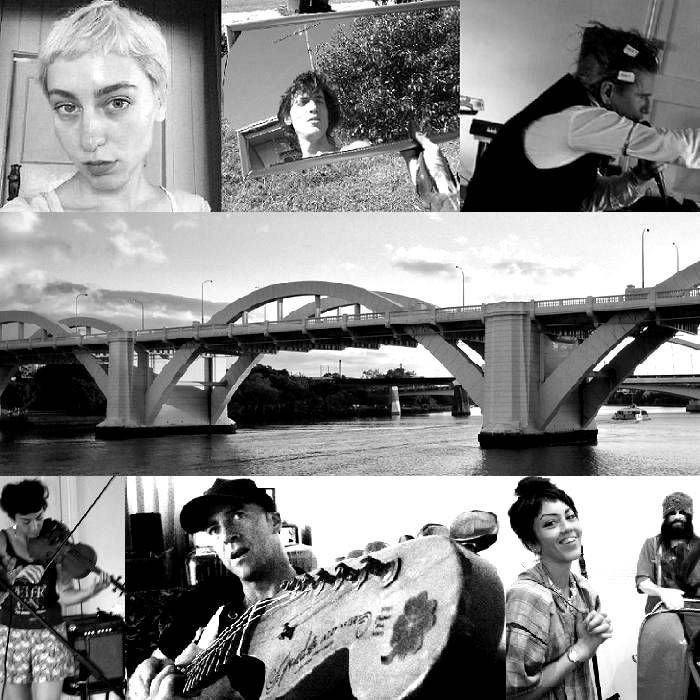 12 recorded by Marek Rygielski as film footage October 2014 (our name and “- 1 - live - South Brisbane,QLD - 14/9/14 ” on youtube). You hear Marek affirm that music is just about consuming in market niches. GK's point was that music at least could be more: truthful and/or motivational perhaps. At least Marek intervenes as an audience member with his point of view. All happened under southside of William Jolly Bridge, where we have a permanent solar-powered residency.

Thanks to (the songs of) Tom Smith for gigs. Since he can't be bothered playing his own stuff, one day we'll cover Tom. You should hear us do "Reckless" by Aussie Crawl.

Cheers Glenys Weatherill for assisting with synthesis on 7.

Post script May 2016 - on track 12 you hear Bek Moore heckle - goodbye Bek. She was no fan of religion, but she loved the gigs under the bridge.

Bandcamp Daily  your guide to the world of Bandcamp